Posted by Penticton Foundry on January 17, 2011 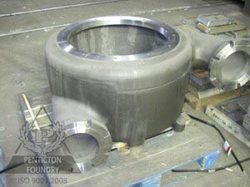 The blender tubs, liner and mixing impellers used in the fracking process are ASTM A532 CLIII A (or 3A) chrome iron castings.  The cast components usually last at least 6 times longer than T1 fabricated plate overlayed with CCO. (chromium carbide overlay)

One of our customers trialed a sample ASTM A532 chrome iron cast impeller. 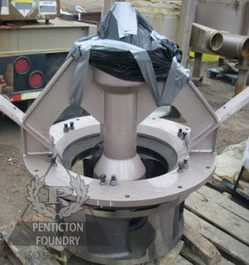 It was finally replaced after pumping 50,000 tons (100 million pounds) of proppant.  The prior steel impellers wore out after only 8,000 tons.