Posted by Penticton Foundry on March 2, 2012 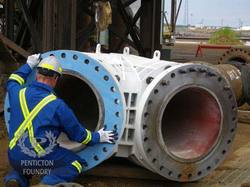 The mine found that the CCO wyes and laterals that transported bitumen in their hydrotransport piping was a very high wear component. Outages and maintenance downtime were a major cost concern.

We proposed an assembly that would have a solid high chrome white iron casting inserted into a steel pressure boundary shell.

There are a number of advantages to the design. One of the major issues was increased wear life. The minimum wall of the casting was 1.25″ but in high wear areas (crotch of the wye and lateral) we increased the casting thickness to as much as 8″.

The other advantage was rebuild, the assembly is designed to have the casting replaced once the liner has reached its maximum service life. This is a major cost saving to our customer as the pressure shell can be reused. 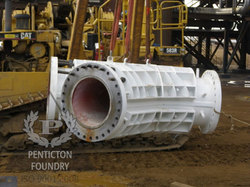 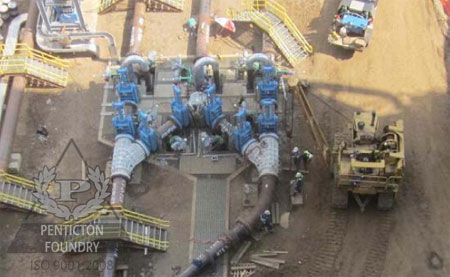 How to Heat Treat ASTM A532 – High Chrome White Iron